Oolong tea or “black dragon” tea is a type of tea that has been partially fermented by an enzyme present in its leaves. Due to its semi-oxidized state, it offers flavors between green and black teas – it is bolder and more complex than green teas but not as strong as black tea. There’s caffeine in Oolong but as the caffeine levels are mid-way between green and black teas, and it contains antioxidant as well, it is healthier than most teas and coffee which are high in caffeine.

Healthy Varie-teas
Originated from the Wuyi Mountains in the North Fujian Province, there are many varieties of Oolong with their own distinct flavors and fragrances. Some of the most popular variations are Ti Kuan Yin, Dan Cong and Da Hong Pao.

Oolong is valued for its many health benefits including helping with inflammatory disorders, heart diseases and high cholesterol levels. The antioxidants in Oolong can fortify bone structure and protect against tooth decay. It also maintains blood sugar levels and helps with eczematous skin disorders.

With Oolong Comes Great Energy
Oolong tea shines the brightest as a fat burning powerhouse as it can help boost your metabolism significantly. Taken regularly, this tea will aid in blocking fat building enzymes as well as effectively burn fat due to improved lipid metabolism.

How this works is due to an active relationship between the bioactive components found in Oolong including caffeine, catechines and polymerized polyphenols which help with weight loss. Individually, polyphenols in this tea blocks the absorption of dietary fat and helps to reduce cholesterol. On the other hand, the caffeine in Oolong contributes to metabolism boost, but this tea also comprises EGCGs which when combined with caffeine can help with fat oxidation. When all of them work together, they suppress pancreatic lipase while blocking the absorption of lipids into the intestine.

In The Everything Healthy Tea Book: Discover the Healing Benefits of Tea by Babette Donaldson, a series of studies revealed that long-term consumption of Oolong tea contributed to the increase in energy expenditure that resulted in weight loss:

“A 1998 Chinese study demonstrated that drinking Oolong tea for six weeks resulted in measurable weight reduction. Later, in 2001, the US Agriculture Research Services performed more detailed investigation and released results that Oolong tea increased the energy levels in their subjects, allowing them to increase their physical exercise and burn more calories than when they drank only water. In a 2003 Japanese Oolong and Green tea study, it was shown that Oolong tea had measurable benefits in energy levels over green tea within a two-hour time frame. A conservation conclusion is that drinking Oolong tea can help someone have more energy to participate in active physical exercise resulting in weight loss. It has also been credited with suppressing appetite. “

Get Lighter and Brighter
This tea also stabilizes blood sugar which will help with weight management. It also helps to reduce sweet and carb cravings and with its caffeinated components, it’s a good substitute for high calorie coffee beverages.

If you tend to pile on the pounds due to water retention, you’d be glad that this is the tea remedy to go for. It has mild diuretic properties that facilitate the elimination of toxins and acids which are flushed through the kidneys, helping to reduce water weight.

For weight loss, it is advisable to drink two cups of Oolong daily. This amount is usually enough to activate certain enzymes and enhance fat burning functions. As it is a stimulating tea, have it once in the morning with your breakfast and another in the afternoon to beat afternoon slumps.

To brew Oolong tea, the best way is through the Gong Fu Cha method. This is done by putting the leaves into a Yixing teapot or gaiwan cup and bringing the water to a boil and then cooling it down to about 85°C. After this, pour some water to cover the leaves in the teapot and pour the contents out immediately to ‘wash’ the tea. Fill the teapot with water again and steep for 10 to 40 seconds. The tea is now ready with another 4 to 8 infusions to go.

TEA TIPS: If you are sensitive to caffeine, you can remove approximately 80% of its caffeinated content by steeping the tea for 30 seconds then pouring off the water. Then add water and steep it again. 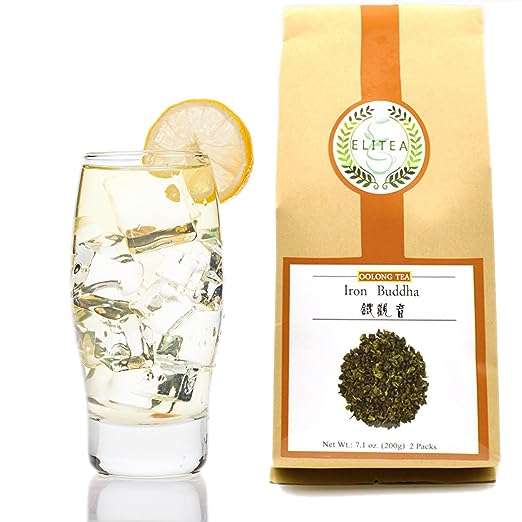 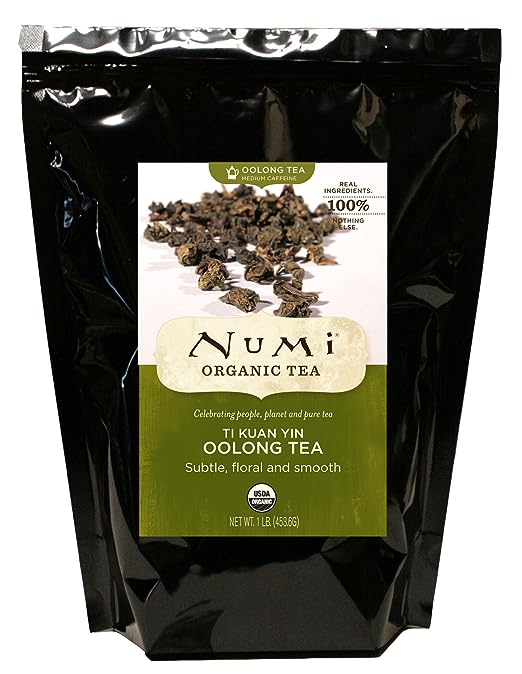